What the Petit Killings Say About Drug Violence 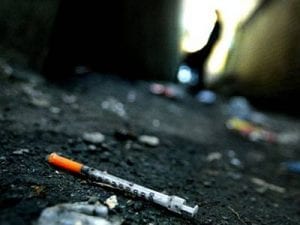 “The Drugs Made me Do It” excuse — how many times have we heard it? Thousands no doubt and today we heard it again from Steve Hayes, convicted in the Petit killings. Reportedly Hayes offered that his crimes were motivated to steal money for drugs and that he was full of rage. And since the National Institute of Justice reports that consistently 50 – 80% of arrestees test positive for drugs, we probably could hear a lot more offenders blaming their actions on drug use.

You’ll get no argument from me that operating under the influence of drugs can result in violent actions. My law enforcement experiences have exposed me to some of the most shocking crimes committed by people having used drugs, or trying to buy or sell them. But the ones that have stayed with me are the victims that get caught in the middle. Beaten to death in a domestic dispute at the hand of a family member whose in a drug induced rage; caught in the line of fire exchanged between warring drug factions; or an uninvolved relative’s throat slashed to intimidate – all prove that drug use is not a victimless crime. Victims like the Petits.

The perpetrators in this crime invaded a home, kidnapped a husband, wife and their two children. The mother was forced to go to the bank and withdraw money. An 11 year old girl was raped. The family was tied up and the house was set on fire. These drug motivated actions left three people dead and a grieving husband and father who was so distraught that he considered suicide and sleep eludes him. I have not heard one person speak about the Petit case without acknowledging how heinous the crimes were and how despicable the killers are. What a shame. But is that it? Shouldn’t we all be concerned enough to want to make sure something like this doesn’t happen again?

I know when the crime first happened there was a quest to figure out what could be done. As the Special Agent in Charge of the New England Field Division, the venue where the crimes occurred, I got a call from a Washington Post reporter doing a story on the Petit murders (read it here). My response then and now is consistent – we need to face this evil. If you are reading this and want to know what you can do to eliminate drug related violence, here’s my answer: First, recognize we have a problem in our homes, neighborhoods, towns, states – in our beloved country, America. Then, commit to not being part of this problem; and the only way to do that is not to use, buy or sell drugs illegally.
It’s just that simple; making a patriotic decision. The drugs may have made them do it, but who made them use the drugs? Answer – no one. And if you illegally use drugs and hurt someone you may come to feel the way Hayes does where death seems a “relief.”

Next time you speak to a real victim of a drug related crime, ask them if they believe that drug use is a victimless crime. It’s time to stop the madness and do something which is to do nothing (with drugs illegally). How about the Drug Violence Against Americans cause everyone to get fed up enough to all become Americans Against Drug Violence?